https://www.profgalloway.com/wewtf— Mismatched durations. The founder of Kohlberg Capital, Jim Kohlberg (total gangster), taught me investment firms go out of business because of "mismatched durations." It’s about raising money short (customers who can stop buying your product service soon/tomorrow) and investing money long (10-year leases). WeWTF is an especially risky business going into a recession, when the ability to variabilize costs is limited, but revenue decline is unlimited. WeWTF has $47 billion in long-term obligations (leases) and will do $3 billion in revenue this year. What could go wrong?
There are other businesses like this (real estate, Hertz), and they are good businesses. Businesses that trade at, I don't know, 0.5 to 2x revenues. However, WeWTF is claiming it's not in this neighborhood, or even the same planet. So, let's talk valuation.

Insane. Seriously loco. Ok, let's assume WeWTF is onto something, better than peer IWG or Hertz. But is this firm, trading at 26x revenues, superior to Amazon, which trades at 4x revenues? There appears to be no scale effects, as losses have kept pace with revenue growth. There is little pricing power, as they are still a mole on the elephant of commercial real estate. There is no defensible IP, no technology, no regulatory moats, no network effects, and no flywheel effect (the ancillary businesses are stupid, just stupid).

The last round $47 billion "valuation" is an illusion. SoftBank invested at this valuation with a "pref," meaning their money is the first money out, limiting the downside. The suckers, idiots, CNBC viewers, great Americans, and people trying to feel young again who buy on the first trade — or after — don’t have this downside protection. Similar to the DJIA, last-round private valuations are harmful metrics that create the illusion of prosperity. The bankers (JPM and Goldman) stand to register $122 million in fees flinging feces at retail investors visiting the unicorn zoo. Any equity analyst who endorses this stock above a $10 billion valuation is lying, stupid, or both.

Why Are Rich People So Mean?

https://www.wired.com/story/why-are-rich-people-so-mean/
The Spanish word aislar means both “to insulate” and “to isolate,” which is what most of us do when we get more money. We buy a car so we can stop taking the bus. We move out of the apartment with all those noisy neighbors into a house behind a wall. We stay in expensive, quiet hotels rather than the funky guest houses we used to frequent. We use money to insulate ourselves from the risk, noise, inconvenience. But the insulation comes at the price of isolation. Our comfort requires that we cut ourselves off from chance encounters, new music, unfamiliar laughter, fresh air, and random interaction with strangers. Researchers have concluded again and again that the single most reliable predictor of happiness is feeling embedded in a community. In the 1920s, around five percent of Americans lived alone. Today, more than a quarter do—the highest levels ever, according to the Census Bureau. Meanwhile, the use of antidepressants has increased over 400 percent in just the past twenty years and abuse of pain medication is a growing epidemic. Correlation doesn’t prove causation, but those trends aren’t unrelated. Maybe it’s time to ask some impertinent questions about formerly unquestionable aspirations, such as comfort, wealth, and power.

Why I Resigned From the Gates Foundation

https://www.nytimes.com/2019/09/26/opinion/modi-gates-award.html
As of Sept. 1, almost two million people in the state of Assam have been rendered stateless. The updated list of citizens, known as the National Register of Citizenship, was created with a view to target “illegal immigration” from the neighboring Muslim-majority Bangladesh.
Mr. Modi’s Hindu nationalist Bharatiya Janata Party has promised to carry out the exercise across India and “remove every single infiltrator from the country, except Buddha, Hindus and Sikhs.” It is a clear threat against every Dalit, Muslim, Christian and Jewish citizen of the country — the absolute opposite of the Gates Foundation’s mission of considering all lives equal.
And as I write, Mr. Modi’s recent assault on Kashmir is foremost on my mind. Seven million people are currently under virtual incarceration in Indian-occupied Kashmir. That is my home, and those are my people. On Aug. 5, Mr. Modi’s government unilaterally abrogated the semiautonomous status of Kashmir after placing the valley of Kashmir under a military siege and cutting off phone, internet and television connections.

The Moral Logic of Humanitarian Intervention

https://www.newyorker.com/magazine/2019/09/16/the-moral-logic-of-humanitarian-intervention
The biggest reason that memoirs from the Obama Administration tend to avoid lingering on humanitarian intervention is simply that the record provides little to brag about: a disaster in Libya and in Syria, and a quagmire in Afghanistan, where the prospects of millions of women, empowered by the removal of the Taliban, hang in the balance. In Iraq, Obama’s decision to withdraw American troops, against the advice of his military, opened the door to isis, whose fighters massacred thousands of Yazidis and Christians, and other minorities. In other places where Obama turned down requests for military assistance—as in Ukraine—the counterfactuals are just as murky. Could Obama have done more? In retrospect, the answer is always yes. Would the results look better? Knowing the answer would require, as Power said of the decision to intervene in Libya, a crystal ball. ♦

It’s not always about the money. 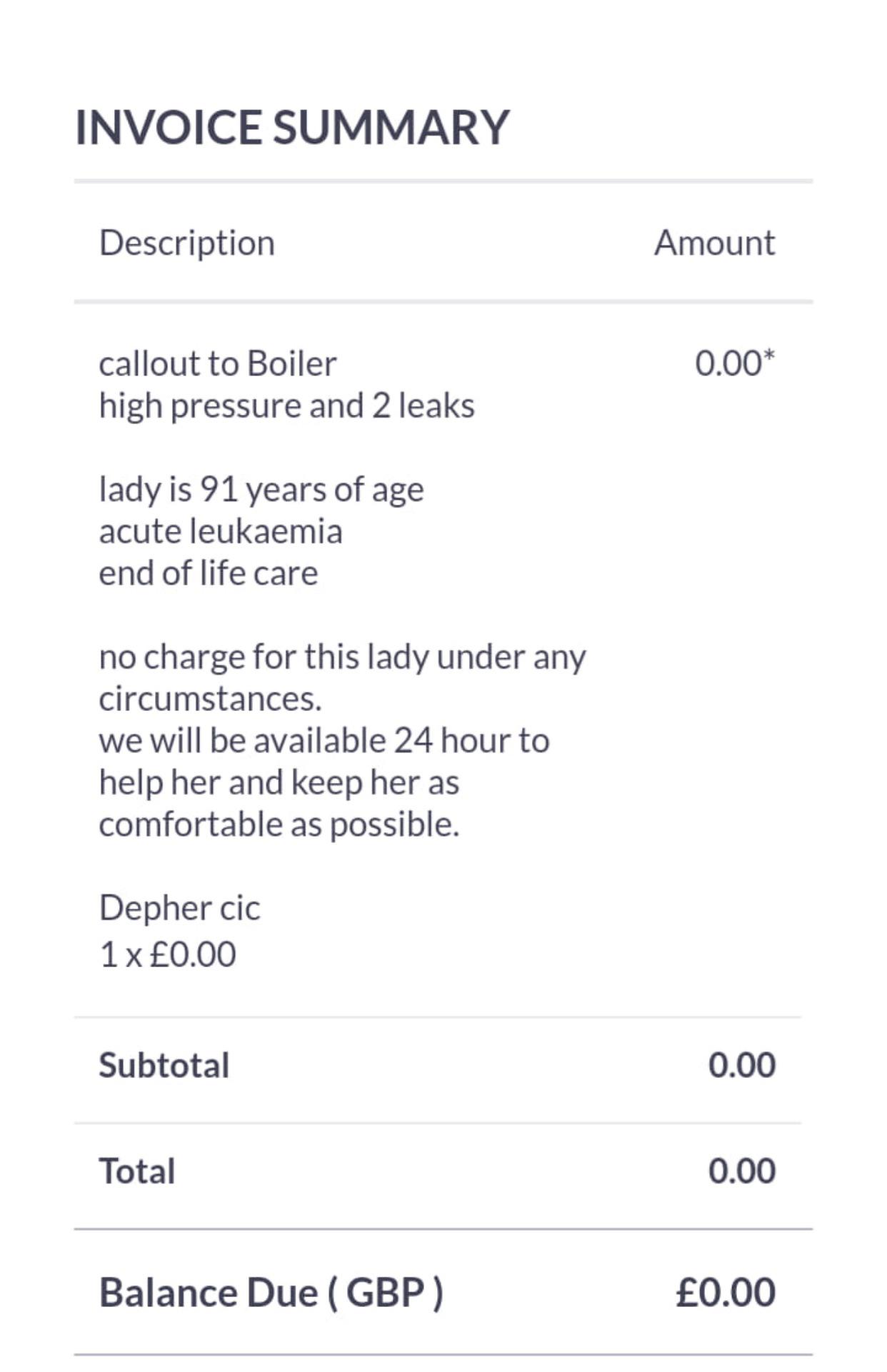 https://krebsonsecurity.com/2019/09/ny-payroll-company-vanishes-with-35-million/
MyPayrollHR, a now defunct cloud-based payroll processing firm based in upstate New York, abruptly ceased operations this past week after stiffing employees at thousands of companies. The ongoing debacle, which allegedly involves malfeasance on the part of the payroll company’s CEO, resulted in countless people having money drained from their bank accounts and has left nearly $35 million worth of payroll and tax payments in legal limbo.
Unlike many stories here about cloud service providers being extorted by hackers for ransomware payouts, this snafu appears to have been something of an inside job. Nevertheless, it is a story worth telling, in part because much of the media coverage of this incident so far has been somewhat disjointed, but also because it should serve as a warning to other payroll providers about how quickly and massively things can go wrong when a trusted partner unexpectedly turns rogue.

9/11 happened to real people going about their normal day

The One Thing No Israeli Wants to Discuss

https://www.nytimes.com/2019/09/09/opinion/israel-election-netanyahu.html
More than any other single development, that period explains the durability of Benjamin Netanyahu, which outsiders sometimes struggle to understand. Simply put, in the decade before Mr. Netanyahu came to power in 2009, the fear of death accompanied us in public places. There was a chance your child could be blown up on the bus home from school. In the decade since, that has ceased to be the case. Next to that fact, all other issues pale. Whatever credit the prime minister really deserves for the change, for many voters it’s a good enough reason to keep him in power on Sept. 17.

On Joi and MIT

https://medium.com/@lessig/on-joi-and-mit-3cb422fe5ae7
But what I — and Joi—missed then was the great risk of great harm that this gift would create. Sure, it wasn’t blood money, and sure, because anonymous, the gift wasn’t used to burnish Epstein’s reputation. But the gift was a ticking time bomb. At some point, it was destined to be discovered. And when it was discovered, it would do real and substantial pain to the people within the Media Lab who would come to see that they were supported in part by the gift of a pedophile. That pain is real and visceral and substantial and not taken seriously enough. And every bit of emotion and outrage from victims that I have seen in this episode is, in my view, completely justified by the completely predictable consequence of that discovery. If you have not been abused, if you have not experienced that sense of being used and helpless, that may well not be understandable to you. Maybe. But I believe that empathy is a basic human emotion. And I believe that all of us should recognize the pain that only some of us can feel in seeing the institutions around us painted with the names or wealth of those who do that wrong.

https://www.newyorker.com/news/news-desk/how-an-elite-university-research-center-concealed-its-relationship-with-jeffrey-epstein
In the summer of 2015, as the Media Lab determined how to spend the funds it had received with Epstein’s help, Cohen informed lab staff that Epstein would be coming for a visit. The financier would meet with faculty members, apparently to allow him to give input on projects and to entice him to contribute further. Swenson, the former development associate and alumni coördinator, recalled saying, referring to Epstein, “I don’t think he should be on campus.” She told me, “At that point it hit me: this pedophile is going to be in our office.” According to Swenson, Cohen agreed that Epstein was “unsavory” but said “we’re planning to do it anyway—this was Joi’s project.” Staffers entered the meeting into Ito’s calendar without including Epstein’s name. They also tried to keep his name out of e-mail communication. “There was definitely an explicit conversation about keeping it off the books, because Joi's calendar is visible to everyone,” Swenson said. “It was just marked as a V.I.P. visit.”

‘We May Have to Shoot Down This Aircraft’

https://www.politico.com/magazine/story/2019/09/05/911-oral-history-flight-93-book-excerpt-228001
Lt. Heather “Lucky” Penney: We would be ramming the aircraft. We didn’t have [missiles] on board to shoot the airplane down. As we were putting on our flight gear in the life support shop, Sass looked at me and said, “I’ll ram the cockpit.” I made the decision I would take the tail off the aircraft.

Lt. Col. Marc Sasseville: We didn’t have a whole lot of options.

The men who starved to death to save the world's seeds

https://www.rbth.com/blogs/2014/05/12/the_men_who_starved_to_death_to_save_the_worlds_seeds_35135
In September 1941, when German forces began their siege of Leningrad, choking food supply to the city’s two million residents, one group of people preferred to starve to death despite having plenty of ‘food.’
As the invading Germans poured into the city (now St Petersburg), scientists and workers at the Institute of Plant Industry barricaded themselves inside their vaults. They weren’t trying to save their lives but rather the future of humanity. For, they had the unenviable task of protecting the greatest seed collection in the world from both hungry Soviet citizens and the rampaging German Army.
As the siege dragged out for 900 days, one by one these heroic men started dying of hunger. And yet not one of them touched the treasure trove of seeds they were guarding – literally with their lives.
That’s not where the cruel irony ends. The man who had been responsible for this great collection of seeds, Nikolay Vavilov, Russian geneticist and plant geographer, lay dying of starvation in a Soviet prison in Saratov.
Newer Posts Older Posts Home
Subscribe to: Posts (Atom)